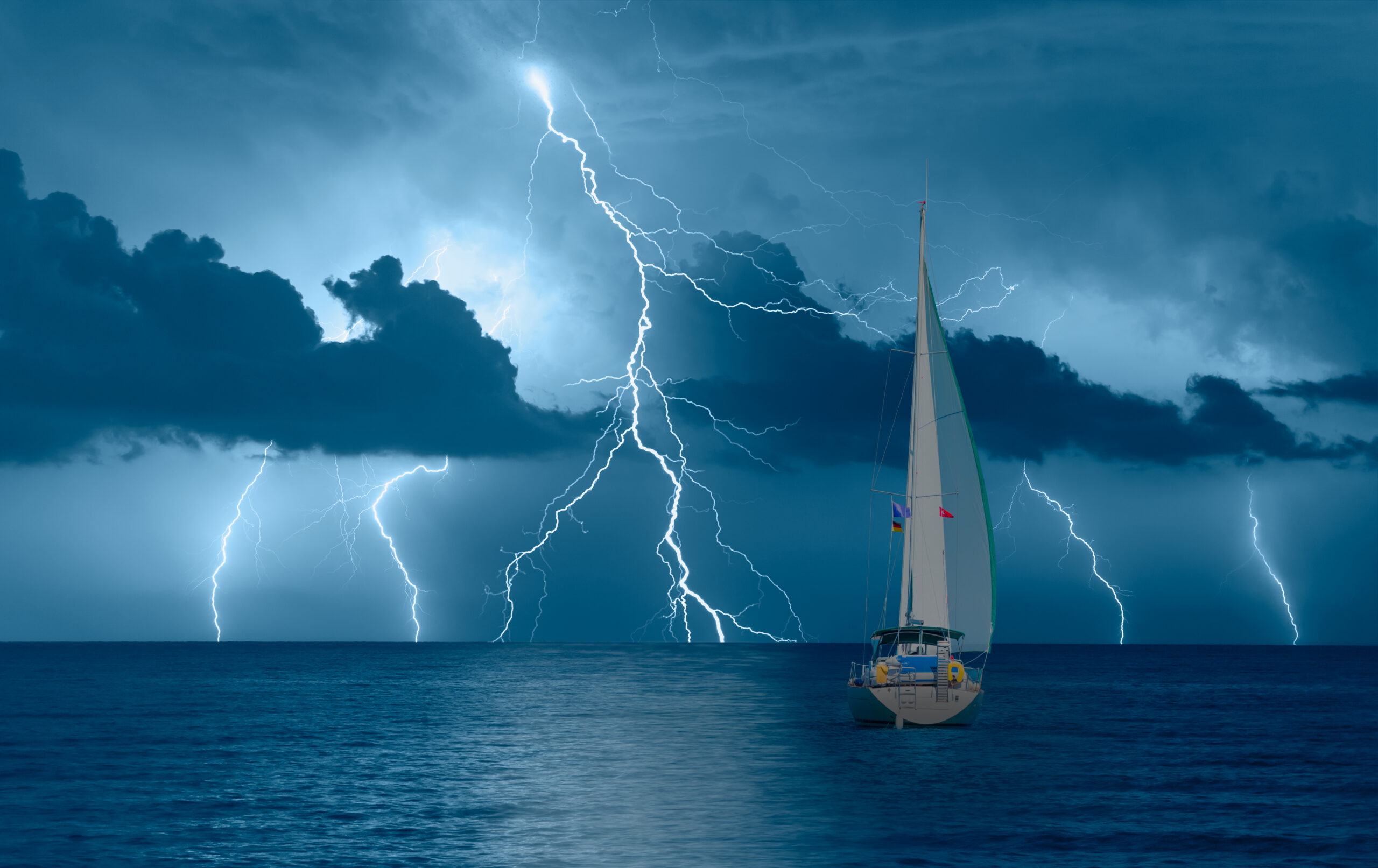 There are storms on the horizon. I hope they pass us by, but in case they don’t, it never hurts to be prepared. The economy is like the weather. From time to time something happens we don’t see coming, or did we just ignore the signs? We can’t change the economy; we can only change how we react to it.

The economy is in a funky place right now. Wouldn’t it be nice if the world stopped spinning so we could all catch up? Or perhaps ignorance is bliss. In times of uncertainty, I always recite the serenity prayer:

There are a few things you need to keep on your radar:

And you say you just want to sell real estate! I get it. But more than ever we must remember that we are all connected. Some would argue we need to un-connect globally and return our manufacturing back home. On the surface it makes sense not to rely on other countries’ workforces, to bring jobs back home, and employ our own citizens. The challenge with that is simple: inflation, inflation, inflation.

How did we find ourselves here? For years we were sending our jobs offshore and enriching communist and autocratic countries that don’t share our ideology. As we enriched those countries, they became more powerful, both economically and militarily, and now our democracies are under attack. The pandemic opened our eyes to how vulnerable globalization made us.

Companies are now responding to the geopolitical change by moving from just-in-time to just-in-case supply chains and moving critical technologies and manufacturing back home. For instance, Tesla recently built the largest factory in the world in Austin, Texas. It will have the highest capacity line of any factory in the world, with a goal of making 500,000 cars per year. Think of the good-paying jobs that has created and the additional need for housing. Intel is now investing $100 billion to build the world’s largest chip manufacturing plant near Columbus, Ohio in an effort to restore the supply chain of crucial chips.

How your local market is fairing has a lot to do with whether large corporations are making investments in your area. But as we move businesses back home, our goods will become more expensive due to increased labor costs, which in turn affects inflation. As inflation rises, the Fed raises interest rates, which affects real estate.

The rollback of globalization is causing higher inflation and making it more difficult for the Fed to rein it in. The Fed uses rate hikes to slow the economy and inflation, but they can’t fix many of the nation’s economic problems. Those require supply-chain solutions legislated by the government, which often take years to work their way through the economy.

What does that mean for us? I have often said that our economy typically has a 10-year cycle (three good years, three great years, followed by three bad years with some transition time in between). However, I believe we can now expect shorter cycles with more-frequent booms and busts as policy makers react and overshoot in one direction, then overreact in the other direction.

Regardless of the recent rollback in globalization, the US and Canada never operate in a bubble. Our economy is affected by the economies of our trading partners around the world. Enter the next big hurdle. Europe is looking down the barrel of a major recession, and there is no doubt that will have blowback on our economy.

Earlier this week, Russia stopped plans to reopen a major natural gas pipeline to Germany. As a result, European leaders say energy rationing will be inevitable this winter. France is already asking citizens to carpool, lower their thermostats, and shut off lights at night. If they don’t get energy use under control, they will need to resort to blackouts. The crisis is exposing Europe’s overreliance on Russian energy.

How does all of this affect real estate? Any time there is global uncertainty, negative headlines abound, and it affects people’s mindset. Even if the negative news is not happening on our doorstep, when faced with uncertainty, people hesitate to make big decisions. We’ve seen it in the stock market which has taken a beating lately, especially for real estate and tech companies. When people get concerned, they pull back.

In times of change, success requires you to keep your eyes on the horizon. Good drivers don’t just watch the car in front of them (the current market), they watch three cars ahead to anticipate what is coming. The same is true for your business. You need to write business this week, but you also need to keep an eye on the horizon. Let me give you an analogy. The captain of the Titanic was warned there was a good change there were icebergs ahead, but instead of slowing down, he threw caution to the wind in hopes of setting a speed record for the transatlantic crossing. The signs were there, but he did not heed the warning.

My history tells me to slow down, look around, and proceed with caution, but always proceed. I didn’t say go home and turn the lights off. I believe it is good to know what is happening in the global economy, which is why I read several newspapers every morning. If you can watch the signs and predict the next trend, you can capitalize on it.

For instance, as many markets across the country slow down, a good source of business may be first-time homebuyers because they don’t have a house to sell before they buy. To capture this portion of the market, you need to help them overcome their biggest objection – it’s cheaper to rent than buy. The government recently released statistics that show homeowners have 40 times greater net worth than renters. That is a good place to start the conversation. If they have trouble coming up with the down payment, let them know about government assistance programs for first-time homebuyers that can help. Today’s rent prices might be lower than mortgage payments but Google “rent versus own calculator” and you can easily show buyers how, over time, as rents increase and mortgage payments stay consistent, it is staggering how much money they can save by buying.

Whatever problems they have, know what solutions are available and market those solutions to generate leads.

As the market slows down FSBOs and Expireds are also great lead sources. As house values decline, sellers will struggle with paying commissions, and some will attempt to sell privately. The challenge is, when the market slows down, they need us more than ever. Let’s face it, buyers only shop FSBOs to get a good price. The FSBO is trying to save money and so is the buyer. The FSBO can either pay a commission to the buyer in the form of a reduced price and they can do all the work themselves, or they can pay a commission to you and you can do all the work. Either way they pay a commission.

If your market peaked back in November, many sellers are still holding out hope to get what their neighbors got, and those overpriced listings will soon expire. Those sellers had an idea in their mind of where they wanted to go. It is important for you to help them reconnect with their motivation for moving. They listed their house because they wanted to go somewhere. You need to bring that to the surface in your conversation to entice them to try again (with you).

People will continue to buy and sell houses regardless of what is happening in the economy. Your job is to find people who are committed, not just curious.

Commit to reading national newspapers every morning to stay informed on what is happening in the economy. Beware of getting your news from social media as there is a lot of misinformation swirling around. Be able to translate the news headlines into informative real estate conversations that give your clients confidence and guidance.

Podcast – In the Blue Zone

Succeed in a Slower Market